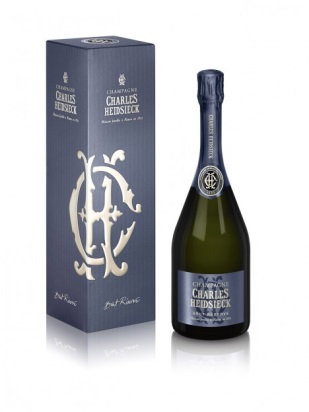 Champagne Charles Heidsieck – the ‘champagne of the cognoscenti’, the house most often mentioned by many champagne makers as a wine they love to drink, and by the growers as the house they most admire…

‘Daniel Thibault’s miraculous transformation of the Brut Reserve amazed everyone by its succulent, rich, vanilla flavour (especially as the wine never sees wood); the only question was how long he could maintain this quality. It is just as exciting now as it was then, and the character of the wine is remarkably consistent with each new cuvee.’ Wine and Spirit International Champagne Supplement

‘one of the finest NVs on the market, and a masterpiece of blending’ Peter Liem
‘fuller, richer and more complex than nearly any standard non vintage cuvees’ Nicks

Charles Heidsieck might be nicknamed Poor Man’s Krug given the astonishing number of vintages in the reserve wines, their age (10 years in tank), and the seven years the wine spends on lees once blended and bottled. It is an exceptional wine in the mouth, supple, layered, complex and long. 96 points
James Halliday – Australian Wine Companion 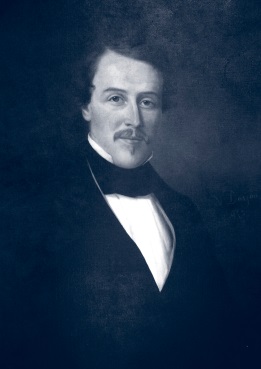 Florenz-Ludwig Heidsieck, aka Florens-Louis Heidsieck (the French re-naming of a German name), was born in 1749. The son of a Lutheran pastor from Westphalia, north-western Germany, in 1777 he travelled to Reims where he was very impressed by the wool and wine trades – as well as by his business friend’s daughter, Agathe. Their marriage occurred soon afterwards. His own wool and wine business, created Heidsieck & Co. in 1785, shortly turned solely to champagne-making.

The expansion of the business resulted in a requirement for more labour. Consequently, having lost his only child at a young age, Florens-Louis prevailed on four of his numerous German nephews to join him. Accordingly, in 1811,  nephew Charles-Henri, then aged 21 arrived to work in Reims. On the firm’s behalf,  he was sent to Russia, where his magnificent white horse drew approbation and notoriety, if not plentiful sales. In 1818, he married a Catholic (horror!), so he was disinherited. Consequently he joined his in-laws, the Henriots, in their cloth and wine business. Four years later, his son, Charles-Camille Heidsieck, was born, although Charles-Henri only survived two more years.

Florens-Louis died in 1828. At maturity, his great-nephew, Charles-Camille accepted an offer to work on the Piper-Heidsieck (Florens-Louis’ widow’s) side of the family for a couple of years, but he left after he married in 1851 to found his own champagne house with brother-in-law, Ernest Henriot.

From 1852, with a lust for adventure possibly inherited from his father, the New World beckoned and Charles-Camille frequently travelled to the US, where he successfully promoted himself and his champagne. He was feted not just for his elegance and chic as a dandy and man of fashion, but for his fine gun collection and excellent hunting and shooting skills.  ‘Champagne Charlie’ was the toast of the US north and south, a desirable guest everywhere, and the embodiment of the music-hall song which was created to celebrate his mystique and legend. His champagne sales leapt ahead. ‘There is a rumour about me, an excitement, as they say, that we will greatly benefit from,’ he wrote to his wife.

The American Civil War (1861-65) disrupted business considerably. Hoping to collect his debts, Champagne Charlie travelled to the southern states, narrowly escaping death a number of times. Captured by the unionists while carrying a diplomatic pouch containing invoices for southern army uniforms, he was imprisoned as a spy. Conditions were so bad that by the time his release was secured four months later, he was in very poor health. Nevertheless, Champagne Charlie was able to collect some moneys to fund his return by purchasing two ships, hoping to sell the cheap cotton that he’d also bought. One ship sank, and the cargo from the other was found to be unsaleable. Then his main American agent went bankrupt, and, on his return home, Champagne Charlie found his business near collapse. By the time his own son, Charles-Eugène, succeeded him, the enterprise had not yet fully recovered.

’The Business house of Charles Heidsieck in Rheims’. Reims’ cathedral is in the background. Published 28th January 1860 in Frank Leslie’s Illustrated Newspaper, a New York published magazine of the time. Uploaded to Wikimedia Commons by user Shyamal but originally from the public archive ePub.

But 1867 brought a new twist! The brother of the bankrupt former American agent contacted Charlie’s son, Charles-Eugène, via an intermediary, offering settlement, which included property in Denver, to compensate for the long outstanding accounts. As a result, the champagne house could pay all its debts and engage in expansion, including the purchase of forty-seven thirty-metre-deep crayères, eight kilometres in length, on the outskirts of Reims. These crayères maintain a temperature of ten degrees.

Champagne Charlie died in 1893, but not before Champagne Charles Heidsieck had become the official supplier to many European courts, and was sold throughout the world. Subsequently honour, glory, and adventure awaited. The champagne found its way to one of Scott’s last campsites near the South Pole in 1911,  and to the US during prohibition in the 1920s. Dali created art based on its packaging, Eisenhower opened it for the Queen when she visited America; and it was served at the Elysée Palace. 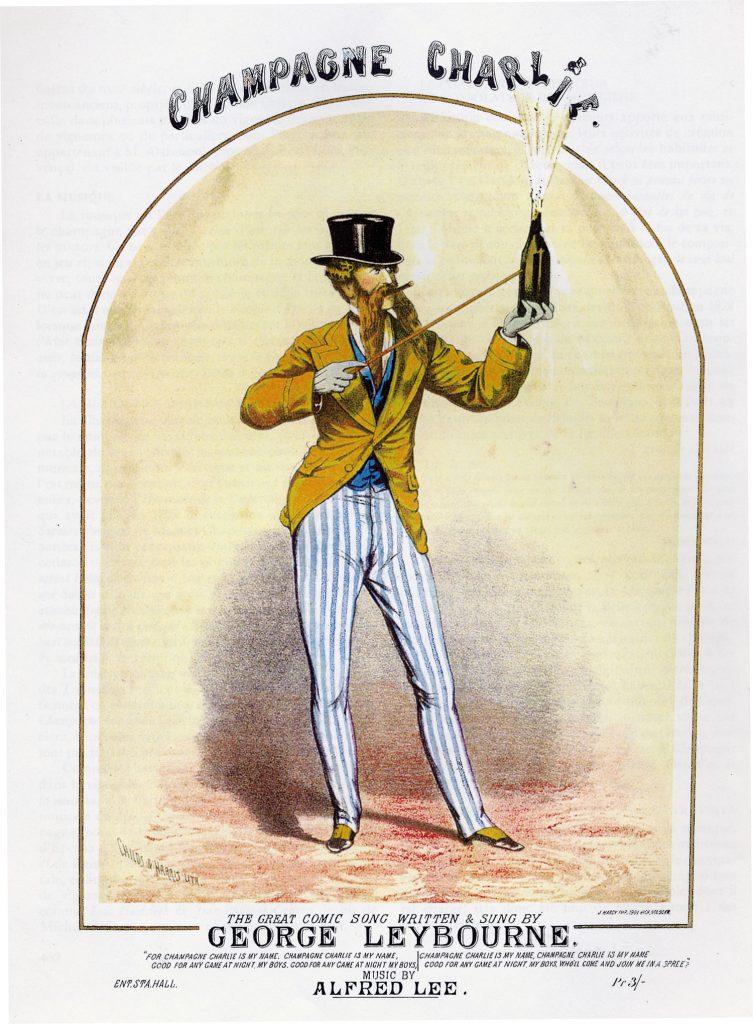 In 1976, the house was acquired by Joseph Henriot, a rather serendipitous and poetic occurrence considering the earlier association with the Henriots. When Henriot acquired Charles Heidsieck, cellar master Daniel Thibault, originally from a grower family in Verneuil, was made cellar master. He’d studied oenology at the University of Reims and cut his teeth at Henriot from 1973. He stayed at Charles after the house was sold together with Piper-Heidsieck, to the Rémy Cointreau group in 1985. At this stage, Charles Heidsieck’s sales were as large as those of Veuve Clicquot. But, unlike Clicquot and Krug, which were acquired by LVMH, growth wasn’t to be part of its further history for some time.

While sales at Piper provided the cash, sales at Charles were allowed to drop while Thibault was permitted to build up stocks of reserve wines across 120 separate crus carefully stored in stainless steel tanks at 15-16 degrees to safeguard their freshness. Thibault’s goal was for 40% of reserve wines to be part of Champagne Charles Heidsieck’s NV blends, and it was this move that was responsible for defining the complex and rich style which resulted. The reserves were  also to range across at least 7–8 vintages or more, in comparison with the 2–3 vintages used in most houses. Perhaps, rather than contemplating the commercial bravery of the new direction that the House was taking from respectability to excellence, the normally business-oriented Rémy Cointreau were concentrating more on their ownership of the prestigious house of Krug. Or perhaps it was a long-term plan to approach Krug in both quality and price.

Thibault’s other idea was to display the year that the champagne was blended on its label, as well as the disgorgement date. And obviously, the year of the base vintage is the year prior to blending, so the savvy consumer may easily discern both base vintage and time on lees. And the time on lees was planned to be at least three years, equal to the minimum for vintage wine, and far in excess of the time stipulated for NV.

Sadly, six times winemaker of the year, Thibault died in 2002. Sales did not recover from the heady days of the mid-80s, nor approach Krug’s prices. But the glorious wine-making continued under Thibault’s protégé, Régis Camus. Not only did Camus oversee the viticulture, but he himself has been awarded the top sparkling winemaker trophy eight times. In 2011, Rémy Cointreau sold Charles and Piper to the EPI Group, and in 2012, Camus’ understudy, Thierry Roset, was named chef de cave. The number of crus in reserve was reduced to 60, and, with the addition of 6–10% of the prior year’s base blend, an element of freshness crept into the cuvées, despite the average age of the reserve wines extending from eight to ten years. Unfortunately, Roset passed away unexpectedly just four years later, but his position was snapped up by Cyril Brun from Veuve Clicquot. From my observation, the transition has been seamless, with communication to the English-speaking market better than ever. Born in Aÿ, Cyril Brun worked in the winemaking team at Veuve for 15 years, alongside the highly-admired Dominique Demarville. Since his appointment to Charles, Brun’s interaction with the wine press shows the respect with which he and others in the industry have always held the house. And with the short term history of  11 Grand Gold Medals, 101 Gold (37 of these between 2008 and 2011), 25 silver medals, and 32 trophies on the display shelves, it will be a work of careful maintenance to continue this legacy. Brun has been reported as saying that he may add an element of wood to the already rich and complex blend. Today, along with Piper-Heidsieck, the House owns 65+ hectares of its own vines, which include 4.5ha of Montgueux. Over four hundred growers are proud to contribute their grapes to the house, with a focus on Ambonnay, Oger and Verneuil, which, you will recall, was the Daniel Thibault’s village.. The NV blend continues to take precedence over every other cuvée. For example, a vintage was not made in 2009, the whole of that ripe year being devoted to reserve wines. It has been the good fortune of those drinkers who’ve known the background story, to be able to explore the extraordinary richness, power and balanced acidity that up to nine years on lees can bring to the right blend.